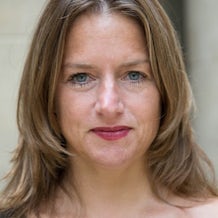 Rosa Balfour is director of Carnegie Europe. Her fields of expertise include European politics, institutions, and foreign and security policy. Her current research focuses on the relationship between domestic politics and Europe’s global role. Balfour is also a member of the steering committee of Women in International Security Brussels (WIIS-Brussels) and an associate fellow at LSE IDEAS. Prior to joining Carnegie Europe, Balfour was a senior fellow at the German Marshall Fund of the United States, and director of the Europe in the World program at the European Policy Centre.